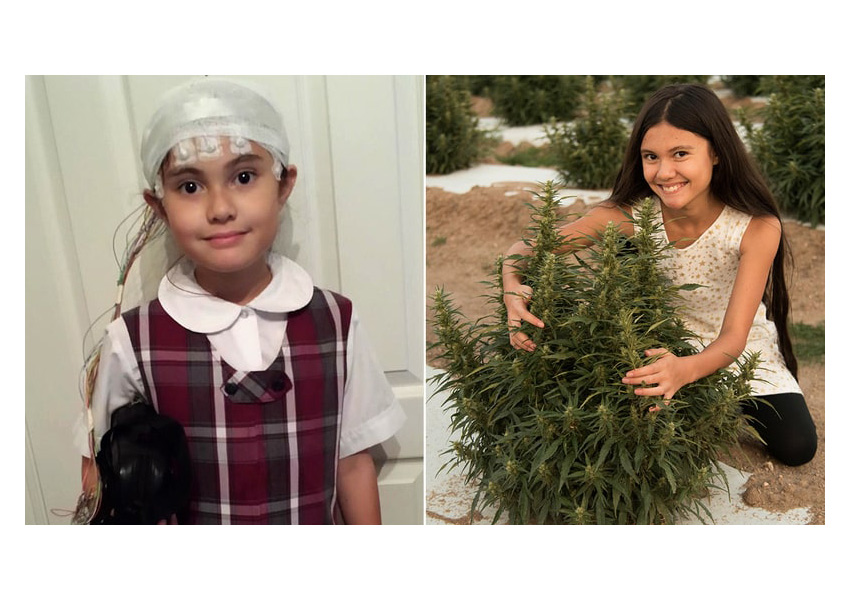 Twelve-year-old Alexis Bortell uses a cannabis oil called Haleigh’s Hope to prevent life-threatening epileptic seizures. She takes the oil orally by syringe twice a day, and always keeps a THC spray on hand in case she experiences an aura, or pre-seizure event. The auras happen maybe once every three to four weeks – far less often now that she moved to Colorado than when she lived in Texas. When doctors in Texas were left with no other option than to suggest an experimental lobotomy, her parents moved to Colorado. Cannabis had to be better than removing a portion of Bortell’s brain.

“I’m now over two years seizure-free because of my cannabis medicine. In Texas, our goal was three days, [and] that’s the max I ever got,” says Bortell, who’s now in the sixth grade. “It’s helped me succeed in school more, since I don’t have to go to the nurse every day because of auras and seizures. There was no medicine in Texas that would stop my seizures, and not only that, but they had horrendous side effects that would be worse than the actual seizure.”