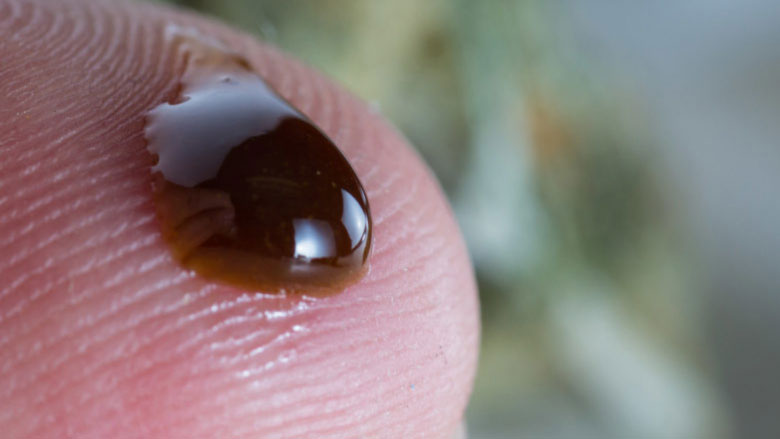 Modern medicine has helped Laura Campbell’s 27-year-old daughter, Sierra, fight off many of her persistent seizures. At her peak, Sierra suffered from more than three seizures a day. Now, she’s down to one or two per month.

But the gains come with their own frustrations.

“She takes five pills twice a day, plus more if she needs an emergency supplement in case of a seizure. It damages her brain every time she has [a seizure]. Her IQ has gone down and her neurological functions are suffering,” Campbell said, trailing off between tears. “With every seizure she has, it just gets worse for her.”

Now, Campbell, an Austin resident, is hoping she can wean her daughter off the “harsh” meds and turn to cannabis oil instead. That treatment was legalized in 2015, and a dispensary in Schulenburg made its first delivery of the oil to a young Texas child last week.

But as dispensaries are opening, Texans like Campbell’s daughter might still have a hard time getting access to the oil from marijuana plants right off the bat. Currently, fewer than 20 doctors across the state are registered with the Texas Department of Public Safety to prescribe it.

They are able to do so under the Texas Compassionate Use Act, which legalized the sale of a specific kind of cannabis oil for a small group of Texans: epilepsy patients, like Sierra, whose symptoms have not responded to federally approved medication.

But to qualify for the medicine, Texans must have tried two FDA-approved drugs and found them to be ineffective. The patients also must be permanent residents of Texas, and get approval from two of the 17 doctors listed on the Compassionate Use Registry of Texas.

Under the law, a physician can only sign up for the state registry if, among several other requirements, the doctor has dedicated a significant portion of his or her clinical practice to the evaluation and treatment of epilepsy and is certified by the American Board of Psychiatry and Neurology in either epilepsy or neurology.

While a primary doctor must physically see the patient before prescribing low-THC cannabis, the second physician doesn’t have to have make contact, according to a spokesman with DPS. Rather, the second doctor only needs to approve the first doctor’s diagnosis.

Still, the system is frustrating to parents of patients like Sierra, whose mom worries that the dearth of eligible doctors will prevent her daughter from getting the help she needs.

“I’m going through this list thinking that I’m going to have to call these doctors and see if they even accept new patients,” Campbell said. “Then if we’re lucky enough to get in, how am I going to pay for these doctors? I’m not sure insurance will cover it.”

M. Scott Perry, the medical director of neurology at Cook Children’s Medical Center in Fort Worth, is one of the physicians registered to prescribe the cannabis oil. He called the two-doctor rule “essential.”

“It’s important to have an independent physician not involved in the day-to-day care of the patient to look and see if [cannabis oil] really makes sense,” he said.

Out of the thousands of epilepsy patients he sees, Perry said he’d only consider prescribing the oil to a handful of them, since he wants to make sure all other treatment options have been exhausted first.

Perry, who signed up with the registry in January, said it’s likely other neurologists haven’t signed up yet because — until recently — there was no product being dispensed. He also suspects a lot of doctors still don’t feel comfortable prescribing cannabis oil to their patients.

“I don’t think anyone knows how to prescribe it, to be honest, because it’s still an evolving science to figure out what the doses are, what the side effects are and how efficacious the medicine is,” Perry said. “When we’re talking about the [cannabis] oil that’s going to be produced by the dispensaries, they’re all slightly different.”

“To some degree, they’re all different medications,” he added.

“New territory for Texas”
State law is narrow in the kind of cannabis oil it allows. Only products with low levels of tetrahydrocannabinol — the psychoactive element in marijuana known as THC — and high levels of cannabidiol — a non-euphoric component known as CBD that is used to treat epilepsy and other chronic medical conditions — can be sold.

Late last year, the Texas Department of Public Safety has authorized a total of three dispensaries to begin growing and distributing the product.

Twenty-nine states now allow for comprehensive public medical marijuana and cannabis programs, according to the National Council of State Legislatures. Texas is now one of 17 states to pass a law allowing for the use of “low THC, high CBD” products for medical reasons in limited situations.

While Texans like Campbell worry about the shortage of licensed doctors, advocates and dispensary owners are united behind one message: Texas families might need to hold on a bit longer.

“I know many families are tired of waiting and are frustrated. We hear you,” said Sindi Rosales, the CEO of the Epilepsy Foundation of Central & South Texas. “We know that you’re anxious to get the oil and we’re doing everything we can do to try to help physicians get the information they need to so can be comfortable with the process.”

Rosales added that she doesn’t think Texas families should be concerned.

“This product is coming out differently than how a typical medication for epilepsy comes up the pipeline,” Rosales said. “There’s still a lot of questions about the product and I think that’s adding to some of the slow movement.”

Morris Denton, the CEO for the distributor Compassionate Cultivation, said he expects more doctors to join the registry in the coming weeks.

“This is new territory for Texas and new territory for all these doctors,” Denton said. “If the maximum number of doctors was 17, then we’d have a lot of concerns. But this is the beginning of what we expect to be an ongoing process.”

Both Denton and Rosales encouraged eligible Texans to speak to their physicians and to let them know if they want to try the cannabis oil.

In the meantime, Campbell said she’s going to start making phone calls to doctors already on the registry and try to encourage Sierra’s epileptologist to join the growing list. While four of the 17 doctors able to prescribe CBD oil are located in Austin, two are pediatric neurologists who she says likely won’t see Campbell’s adult daughter.

“I just feel bad because you’re supposed to do anything for your kid, right? At all costs. I don’t know for sure how much the oil will help, but I’ve seen cases where it just makes a world a difference,” Campbell said. “We’re just ready for a change.”