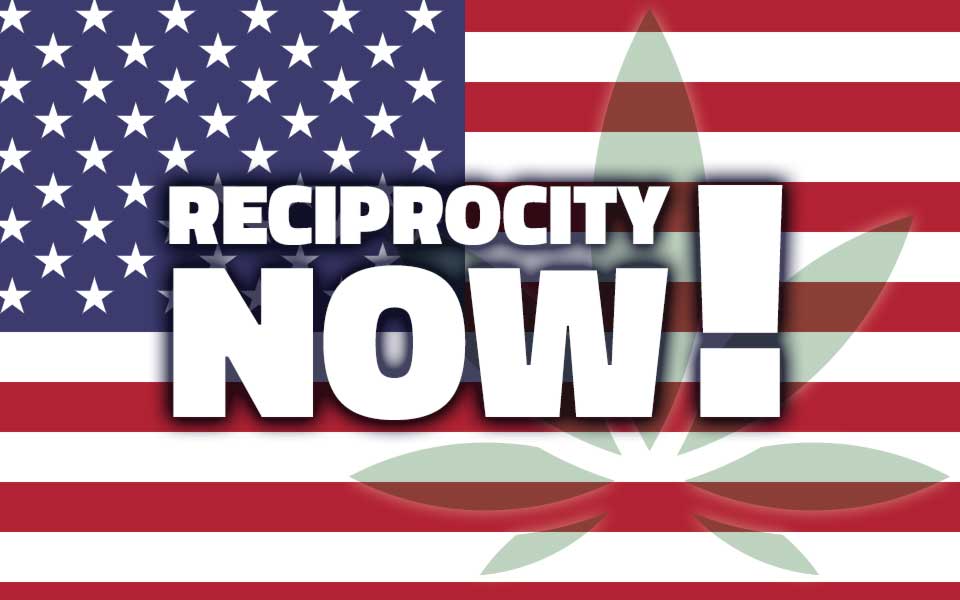 So the questions now are:

1. What are people in need of medical cannabis to do when the states they live in don't have medical marijuana laws in place?

Forty percent of the United States do not have medical marijuana laws in place. That means for those patients who would benefit from medical cannabis living in these states, there is no legal option to obtain their medicine. The only way to purchase their medicine is through illegal means, or rather, "on the Black Market". If obtained this way, instantly this patient is a criminal, able to be prosecuted to the fullest extent of the law, simply for buying medicine.  Does this seem right or fair, especially when conversely, 60% of the United States do have medical marijuana laws in place?! Hardly! It's time the federal government listen to the voice of the people and enact medical marijuana laws nationally.

What about patients who travel to states without medical marijuana laws and/or travel to those states with laws but without provisions for reciprocity?

It seems clear that reciprocity between states with medical marijuana laws is needed to avoid the criminalization of patients who use medicinal cannabis. So how do we get there? Federal rescheduling of cannabis seems to be at the heart of any discussion about reciprocity and treating cannabis in the same way as any other medication, and while this would resolve most of the issues, it has been addressed in previous blogs and won’t be the focus here. What about a National Medical Marijuana Card? A practical and effective solution, yes, but for this to happen, states would have to have uniform laws, or the federal government would have to have one law. How about standardizing strains and dosages of medical cannabis for the conditions being treated? This strategy would certainly lend itself to a higher level of perception and acceptance of marijuana as medicine and address much of the confusion that especially new medical cannabis patients have when medicating.

While things are trending in the right direction, medical marijuana has a long way to go to be accepted, viewed, and treated as other medicines. Federal rescheduling and interstate reciprocity will bolster this initiative. Sooner than later this issue needs to be responsibly resolved. Patients who have been recommended by their physicians to use cannabis should not be criminalized and fear legal prosecution for medicating. Unfortunately, until we see changes in the laws on the state and federal level, this is exactly the case.