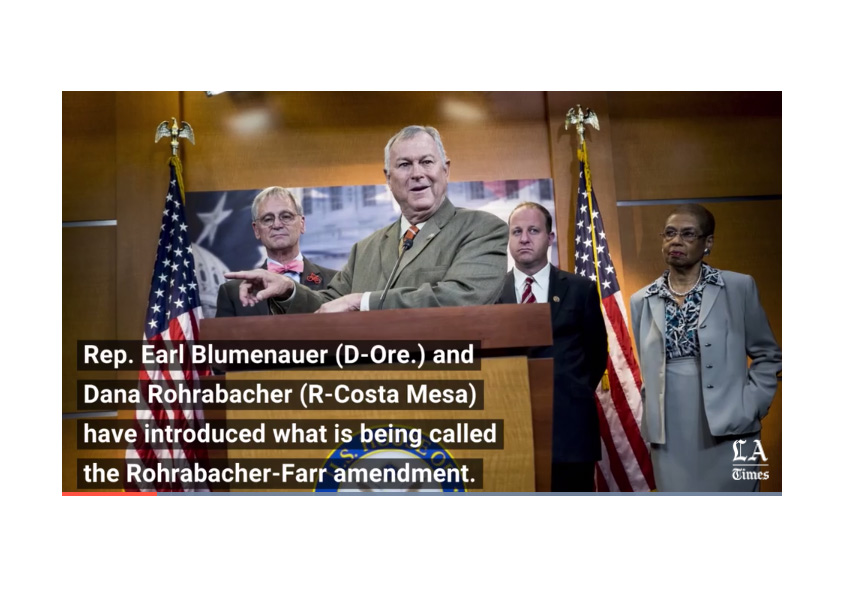 29 states have legal pot. Jeff Sessions wants to stamp it out, and he’s closer than you think

The 85 words almost seemed an afterthought when Congress hurriedly crammed them into a massive budget bill late in the Obama administration, as if lawmakers wanted to acknowledge America’s outlook on marijuana had changed, but not make a big deal of it.

Almost three years later, a multibillion-dollar industry and the freedom of millions to openly partake in its products without fear of federal prosecution hinge on that obscure budget clause.

But now, Congress may throw it overboard amid pressure from an attorney general who views marijuana as a dangerous menace.

What has become known as the Rohrabacher-Farr amendment constitutes a single paragraph of federal law. It prohibits the Justice Department from spending even a cent to prosecute medical marijuana users and sellers operating legally under state laws.