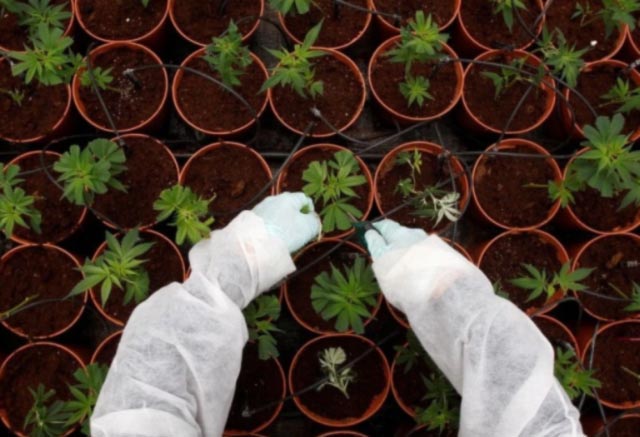 A worker tends to cannabis plants at a medical marijuana plantation in Israel in 2012. (Baz Ratner/Reuters)

Veterans tend to be an older, more conservative group, but that doesn’t stop them from advocating for a radical change in direction from the nation’s outdated policies on marijuana.

The American Legion, represents many conservative veterans, but that doesn’t stop it from taking progressive positions on certain key issues.

A survey released Thursday by the American Legion, the nation’s largest wartime veterans’ service organization, indicates near-unanimous support among veterans for research on medical marijuana, with an overwhelming majority supporting legalization of the drug for medical purposes.