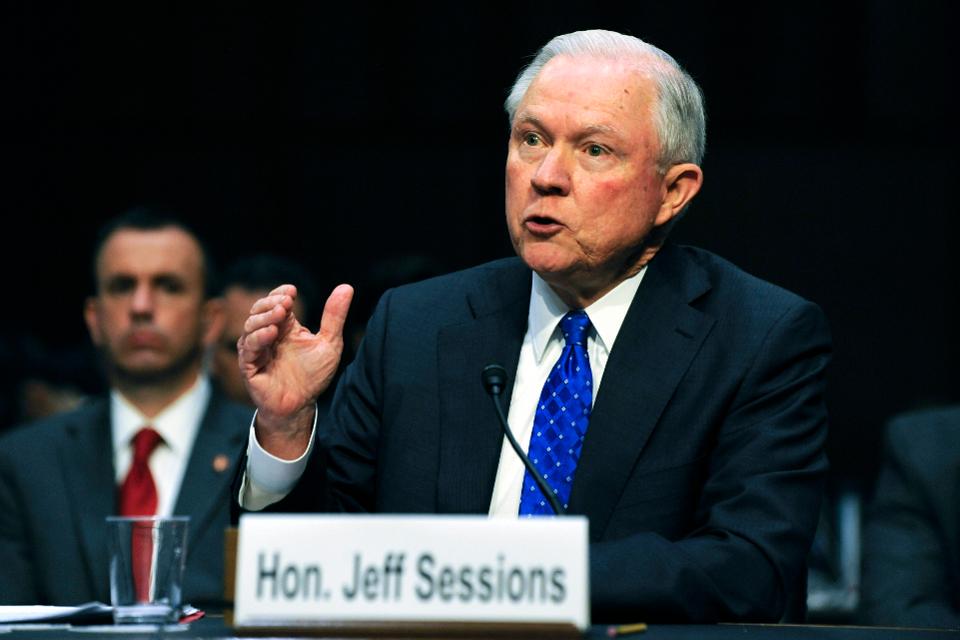 Obama-era guidance that allows states to legalize marijuana without federal interference remains in effect, U.S. Attorney General Jeff Sessions said on Tuesday during a congressional hearing. He also conceded that cannabis is not as dangerous as heroin and that a current budget rider prevents the Department of Justice from prosecuting people who are in compliance with state medical marijuana laws.

"Our policy is the same, really, fundamentally as the Holder-Lynch policy, which is that the federal law remains in effect and a state can legalize marijuana for its law enforcement purposes but it still remains illegal with regard to federal purposes," Sessions said, referring to his predecessors as attorney general during the Obama administration.

Sessions made the comments in response to a question from Rep. Steve Chabot (R-OH) during a House Judiciary Committee oversight hearing.

Later, Sessions said, "I think that's correct," when Rep. Steve Cohen (D-TN) argued that cannabis isn't as dangerous as heroin. Under current federal law, both are classified under Schedule I of the Controlled Substances Act, a category that's supposed to be reserved for drugs with a high potential for abuse and no medical value.

As attorney general, Sessions has the power to reschedule cannabis.

Also during Cohen's line of questioning, the attorney general said, "I believe we are bound by" a federal budget rider that bars the federal government from spending money to interfere with state medical cannabis laws. A federal court ruled last year, over Justice Department objections, that the rider specifically bars prosecution of patients and providers who are acting in accordance with those laws.

Earlier this year, Sessions, sent a letter to congressional leadership asking that they not continue the annual rider into the next fiscal year.

Sessions, a longtime vocal opponent of marijuana legalization, has previously said that the separate Obama policy on state marijuana laws remains in effect while the Department of Justice reviews potential changes, but has not before so clearly tied the Trump administration approach to that of his predecessors.

Under the so-called “Cole Memo,” named after the former Eric Holder deputy who authored it in 2013, the federal government set out certain criteria that, if followed, would allow states to implement their own laws mostly without intervention. Those criteria concern areas like youth use, impaired driving and interstate trafficking.

But in April, Sessions directed a Justice Department task force to review the Obama administration memo and make recommendations for possible changes.

However, that panel did not provide Sessions with any ammunition to support a crackdown on states, according to the Associated Press, which reviewed excerpts of the task force’s report to the attorney general.

Sessions did not refer to any ongoing consideration of enforcement policy changes during the House hearing.

Sessions attributed the remark to "a cultural thing," noting how he became a federal prosecutor in the 1980s "and the drugs were being used widely, over a period years it became unfashionable, unpopular, and it was seen as such that good people didn't use marijuana. That was the context of that statement."

During a Senate hearing last month, the attorney general said that allowing more researchers to legally grow more marijuana for scientific studies would be "healthy."

He has yet to respond to pending written questions stemming from that hearing about a federal budget rider that prevents the Justice Department from interfering with state medical cannabis laws.