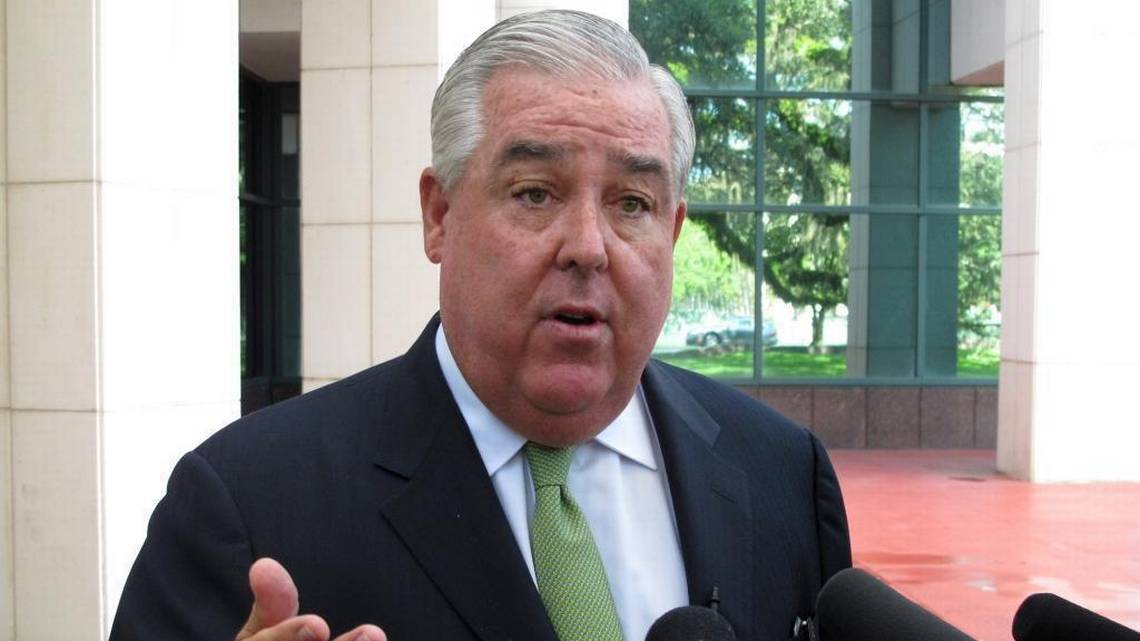 One of Florida’s most prolific Democratic donors, a bourbon-swilling, salty-tongued lawyer with his own slogan and medical marijuana as his pet cause, is out.

In a series of tweets Friday morning, John Morgan announced his flirtation with running for governor as a Democrat is over, as is his affiliation with either political party.

“While it’s amazing to be leading the polls for Governor without being a candidate I can’t muster the enthusiasm to run for the nomination,” he wrote.

This likely isn’t great news for Florida’s Democratic Party, which has traditionally counted on Morgan to open his wallet for its candidates. He’s been known to host fundraising dinners for Hillary Clinton and charge thousands of dollars a plate.

But Morgan said the tweets don’t mean he’s out of the race altogether.

Morgan said his disillusionment with the Democratic Party has been brewing. He bought a table at the State Democratic Conference this year, but left before it was over, he said.

“It was just blah, blah, blah,” he said. “Talking a lot but saying nothing.”

Morgan, 61, has publicly mulled a run for governor in a state where he has widespread name recognition for his large legal firm — slogan: “Morgan & Morgan, for the people” — and his role in getting medical marijuana on the ballot twice. The wealthy businessman, who also owns amusement parks, hotels, a software company and three thoroughbred race horses, said he would largely self-finance his campaign.

That’s how he pushed his previous political project — medical marijuana. Morgan poured millions of his own money into getting the measure on the ballot, where it failed the first time and overwhelmingly succeeded the second time, in 2016. He’s also using his own money to sue the state for improperly implementing the law, he said.

Ben Pollara, the marijuana activist who partnered with Morgan in their quest to get marijuana on the ballot, said he’d be disappointed if Morgan didn’t run.

“Even as a non-candidate, he generated more enthusiasm than any of the current candidates,” said Pollara, executive chairman of advocacy group Florida for Care.

Morgan’s next amendment initiative is to raise Florida’s minimum wage. He said he hopes to have it on the ballot by 2020.