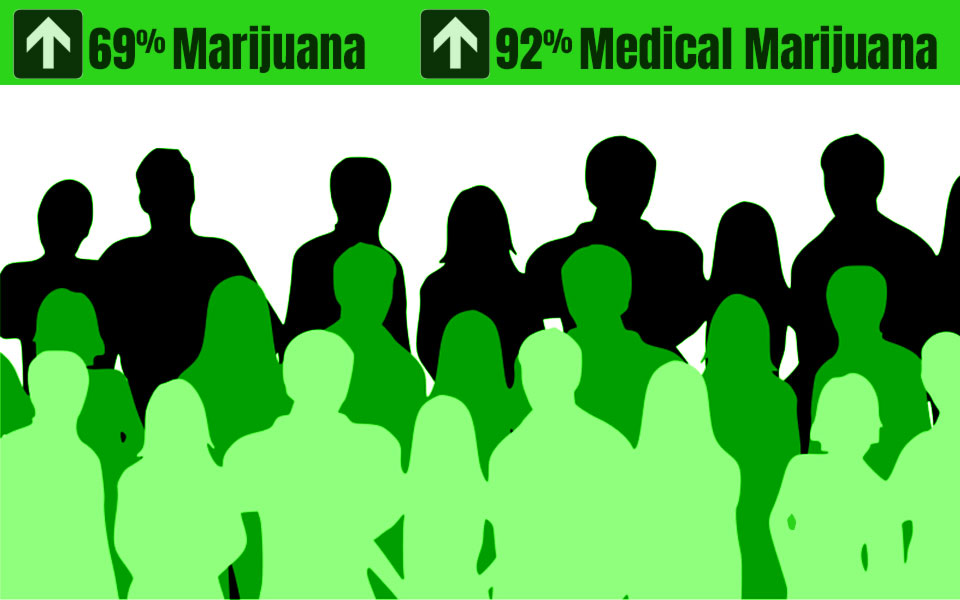 The Growing Acceptance of Medical Marijuana

Public acceptance of marijuana, especially medical marijuana, has come a long way. Recently, a marketing research firm did a survey on whether or not marijuana should be legalized. 69% were for it, but even more impressive were the numbers for those who believed there should be medical marijuana federally; 92%. 92% is so damn big that it includes members of both political parties, Democrat and Republican. That’s right, it’s bipartisan! We have come a long way as a nation, and I can personally attest to that.

The pandemic also contributed to the increased acceptance of medical marijuana. With more time at home, and more focus put on health, people started to realize things they may have missed. For example, mental health issues increased as the pandemic went on, and some of those mental health issues were also qualifying conditions for medical marijuana.

Regarding real professionals and the workplace, drug testing is continuing to evolve for employers and employees. Many jobs still drug test, but a growing number of companies have removed marijuana from the list of drugs for which they’re looking. Amazon, AutoNation, and others (not all beginning with “A”) are among these companies.

It’s starting to look like real professionals can use medical marijuana after all; the only people who don’t seem to understand how beneficial medical marijuana is are the federal politicians. There has been talk of federal legalization, but nothing seems able to get past Congress. These congressmen and women are meant to represent the people who voted for them, no? Someone should show them that 92% stat, stat!