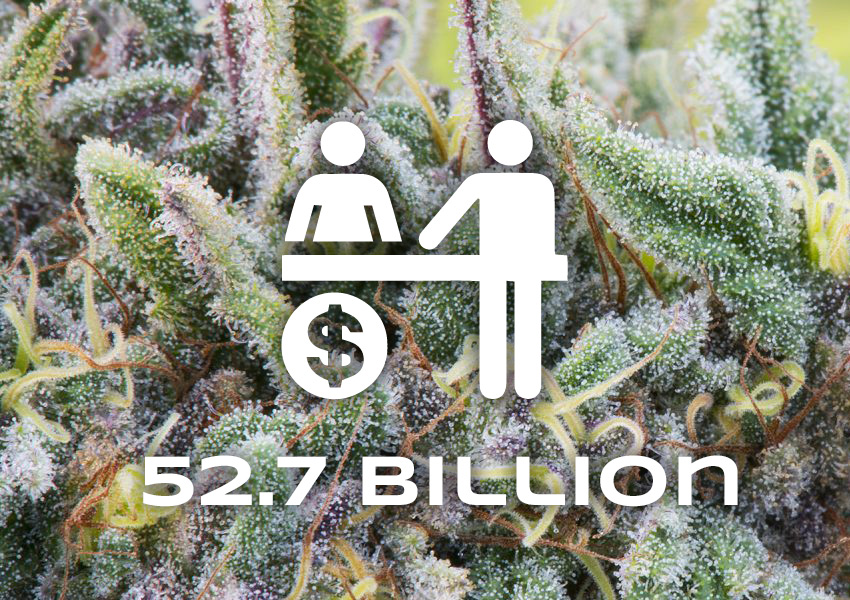 There's a professional society for seemingly every kind of medical specialist, even cannabis clinicians.

Or medical marijuana physicians. Or pot doctors, in street parlance.

And just as there's a choice of what to call physicians who use the plant to treat everything from pain to multiple sclerosis, there's a choice of three different medical associations to represent them. Their emergence over the past 15 years coincides with the legalization of medical marijuana in 29 states and Washington, DC, and recreational marijuana in eight states and DC.

The three associations amount to friendly rivals that strive for professional respectability, which hasn't always attended their field. David Bearman, MD, a board member of the American Academy of Cannabinoid Medicine (AACM), castigates medical marijuana dispensaries that have hired bikini-clad young women to lure passersby inside for a quick visit with an on-site clinician.

"We wanted to marginalize those people," Dr Bearman told Medscape Medical News about the formation of his group.

The AACM, the Society of Cannabis Clinicians (SCC), and the American Medical Marijuana Physicians Association (AMMPA) all want to educate the public and the medical profession alike about marijuana and its therapeutic chemicals and see more research in this field. Despite strong headwinds from the federal government, one being an unsympathetic attorney general, they have high hopes for their work, which they say could become a bona fide medical specialty. They have their own electronic medical marijuana record, for crying out loud.

Branching Out From California Roots

The SCC is the oldest of the three marijuana physician societies, formed in 2004 by the California Research Medical Group. That organization, in turn, was created by the late Tod Mikuriya, MD, who helped write the seminal 1996 ballot resolution in California that legalized medical marijuana and caught fire in other states.

Of the group's roughly 350 members, about half are physicians in specialties as diverse as geriatrics, pediatrics, emergency medicine, and psychiatry, SCC President Jeffrey Hergenrather, MD, told Medscape Medical News. Membership, which costs $150 a year, is open to any clinician, be it naturopath or nurse practitioner, who is authorized by his or her state to "recommend" medical marijuana (prescribing is reserved for legal drugs).  Membership has spread from the West Coast across the country and abroad.

The group offers, among other things, courses on medical marijuana eligible for continuing medical education (CME) credit, online quarterly meetings, and a collection of case reports on the group's website ("Neuroblastoma, a childhood cancer, was treated with cannabis after failure of conventional therapy. Cancer disappeared after 4 years of regular cannabis use.").

Physicians like Dr Hergenrather would argue that human beings are made for medical marijuana, given the body's recently discovered endocannabinoid system. Endocannabinoids are retrograde neurotransmitters that attach to cannabinoid receptors in the nervous system and help regulate pain, appetite, memory, immune response, and other bodily functions. Marijuana plants contain more than 100 biological cousins called phytocannabinoids — chief among them tetrahydrocannabinol (THC) and cannabidiol (CBD) — that work like natural endocannabinoids to bring the body into balance, said Dr Hergenrather, a self-styled "cannabis consultant" in Sebastopol, California. Marijuana also contains molecules called terpenes that can reduce anxiety or control seizures, he said, but phytocannabinoids inspire the most medical interest.

Teaching medical students about cannabinoids is long overdue, said Dr Hergenrather. "It's hard to believe we're turning our back on this natural system."

There's Certification for Cannabis Clinicians Too

The AACM, founded in 2007 and headquartered in Goleta, California, is essentially a breakaway organization from the SCC. Dr Hergenrather said the split was over an admittedly minor dispute about exactly how long an initial visit with a medical marijuana patient should be (both groups agree that visits should be face to face and extensive). "There were members that didn't get along," he added. He describes the AACM's Dr Bearman as an old friend, though, and Dr Bearman speaks highly of Dr Hergenrather. "Jeff and I agree on most things," he said.

With roughly 70 dues-paying members (at $150 a year), the AACM is the smaller of the two groups, but it calls itself the "gold standard" in its field. Dr Bearman said what makes his group distinctive is its program to certify cannabinoid specialists. To become certified, a clinician must earn 20 CME credits in cannabinoid medicine, practice it for 2 years, pass a certification test, join the AACM, and agree to abide by the group's standards and ethics. So far, some 35 clinicians have earned these stripes.

"When you say you're an expert, and don't have any third-party blessing, there's a suspicion you're a quack," said Dr Bearman, who practices in Goleta. "Certification is an effort to give the field more credibility, and let patients know what doctors might be worthwhile to see. Some doctors use it as a marketing tool."

Florida voters approved medical marijuana in 2016, the same year that the AMMPA, based in Clermont, Florida, incorporated. Its board of directors, all physicians, hail exclusively from Florida, but cofounder and board chairman Jason Pirozzolo, DO, told Medscape Medical News that half of the group's nearly 1000 physician members are outside his state. The AMMPA claims to be the largest organization for medical marijuana physicians. Annual dues are $175.

When asked what made his group distinctive besides its size, Dr Pirozzolo replied, "Execution." An orthopedic surgeon who sits on the Florida Medical Association's Board of Governors, Dr Pirozzolo explained that execution meant having "a viable organization that is able to grow and dynamically change with laws in individual states."

One example of the organization's vigor, he said, was an annual cannabinoid medicine conference in October that drew 600 attendees from around the world. The agenda included talks on dosing guidelines, the role of medical cannabis in cancer, and legal and business issues. One of the speakers was Roger Stone Jr, a controversial political consultant and confidant of President Donald Trump, who supports the legalization of medical marijuana. Another speaker was Dr Hergenrather, from the SCC, illustrating the tight-knit nature of the field.

Taking a cue from traditional medical societies, the AMMPA has gotten into the product endorsement act. In September, it announced that it had endorsed an electronic medical record system for cannabis treatment called CanaPass. According to the manufacturer, Alternate Health, CanaPass is a cloud-based program that physicians can use to document patient visits and medical marijuana recommendations. Patients also can buy medical marijuana from licensed suppliers through CanaPass, which allows physicians to monitor those purchases and a patient's response to the treatment.

Organized marijuana medicine would like to see the day when their members can prescribe marijuana as a legal drug rather than merely recommend it. But for that to happen, there needs to be more clinical research to justify US Food and Drug Administration (FDA) approval. And for this research to rev up, marijuana needs to be reclassified from a schedule I to a schedule II drug, medical marijuana physicians say.

In the classification system created by federal law, schedule I drugs such as marijuana, heroin, and lysergic acid diethylamide (LSD) are deemed to have "no currently accepted medical use and a high potential for abuse," as the Drug Enforcement Administration (DEA) puts it. Schedule II drugs also have a high abuse potential, but nevertheless possess medicinal value. Examples include oxycodone, fentanyl, and methylphenidate.

Clinical trials for schedule I drugs, unlike those in schedule II, are technically possible but for all practice purposes nearly impossible, said Dr Pirozzolo. One barrier is getting permission from the DEA, the FDA, and the National Institute on Drug Abuse. "That's a formidable list," said the SCC's Dr Hergenrather. Another barrier is persuading a drug company or the National Institutes of Health to fund the research.

Attorney General Jeff Sessions, an opponent of legalizing pot ("Good people don't smoke marijuana," he has said), is seen as making the barriers even higher. Although the plant remains an illegal drug under the federal Controlled Substances Act, Congress has prohibited the Department of Justice from prosecuting individuals and businesses engaged in growing, distributing, or using medical marijuana in states where it is legal. Sessions set off alarm bells when he asked Congress in a letter last May for leeway in going after criminal drug traffickers who operate "under the guise of state medical marijuana laws." In Senate testimony this fall, however, Sessions sounded somewhat sympathetic to more research on medical marijuana, saying the nation could use a few more federally sanctioned suppliers for this purpose than the sole source it has now.

There's more than one position in the Trump administration on pot, which creates a cloud of uncertainty. In the past, the president has said that legalizing both medical marijuana and recreational marijuana is a matter for individual states to decide. That stance accords with the traditional notion that regulating medicine is a state responsibility," said the AACM's Dr Bearman. "Sessions can't attack states' rights when it applies to the practice of medicine."

"We look beyond Jeff Sessions," said Dr Hergenrather. "He may not last long. I don't think he has enough political clout to stop all medical use. Maybe recreational use, but not medical use."

Just as they envision marijuana as a mainstream drug, medical marijuana societies see themselves in the mainstream of organized medicine someday. Dr Bearman said that the field of marijuana medicine is big enough for more than one society, although his group and Dr Hergenrather's have discussed the possibility of merging. "Both organizations are trying to do the right thing," Dr Bearman said.