Blog - Terpenes and the Role They Play 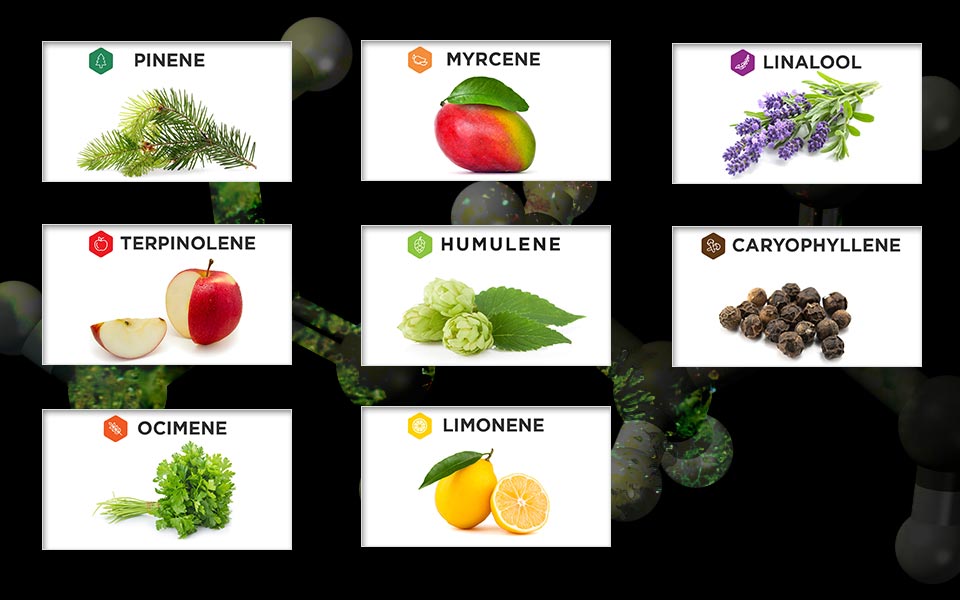 Terpenes and the Role They Play

If you haven’t heard of them already in the world of medical marijuana, it’s inevitable that you will… terpenes. What are terpenes? What do they do for you? What are some examples of terpenes? Are they the hidden gem in medical marijuana? There are so many questions, so I’ll do my best to answer a few.

Terpenes. What are they? Terpene is a term for a compound found in many plants, but we’re going to focus on terpenes in medical cannabis. For a not too frequently used term, terpenes play a pretty significant role in the world of marijuana. Terpenes are what cause the aroma, the flavor, and sometimes some of the physical elements like the colors of the marijuana.

Terpenes serve multiple purposes. In the wild, terpenes help plants survive nature, from weather to animals. Some of the more effective terpenes in nature are geraniol and terpinolene, which repel pests and attract pollen spreaders. There are terpenes responsible for the plants' immune system, which is important both in the wild and in a grow house.

As far as medical marijuana goes, there are terpenes that have positive medical effects. Terpenes can be anti-cancer, anti-diabetic, good for stress relief, anti-inflammatory, nausea relief, a cause for increased brain function, a way to reduce and/or increase appetite, a source of pain relief, a sedative, and a source for improved respiration. That’s just some of what terpenes can do, and as medical marijuana research continues to evolve, we’ll learn even more about terpenes.

One such terpene is myrcene. As mentioned, terpenes can be found in various plants, including hops for beer! When used in medical marijuana, myrcene has anti-inflammatory effects. It can be antifungal and antibacterial to boot. Myrcene also contributes to a sedating effect in medical marijuana.

Limonene is another terpene commonly found in medical marijuana. With a name like limonene, it should come as no surprise that it has citric scents/flavors. Limonene strengthens the immune system, and may potentially have both anti-cancer and anti-anxiety effects. Another example of terpene is pinene. Like citrus is to limonene, pine is to pinene. With anti-inflammatory and anti-bacterial effects, it’s a fine terpene to have in medical marijuana.

Much like everything else in the world of medical marijuana, more research is required to understand even more and even better. Terpenes are no different, for despite being used for thousands of years in various forms, terpenes are still rather fresh to the medical marijuana research game. With research laws evolving in the United States, this research should become even more frequent, and that’s not acknowledging the rest of the world's research on medical marijuana and terpenes. Compared to the amazing things we know about terpenes already, what we learn upon further research should really open the world up to recognizing our endocannabinoid system and the role that terpenes play.